The pancreas has two essential tasks:

The pancreas produces digestive enzymes that are used to break down the nutrients ingested with food, namely carbohydrates (amylase), fats (lipase) and proteins (protease). The pancreas releases these digestive enzymes into the duodenum in the form of a clear, transparent secretion called pancreas. Furthermore, the pancreas produces bicarbonate to neutralise the acidic gastric juice. The composition of the pancreas is controlled by hormones and regulated according to the fat content and acidity of the food. The amount of secretion is also influenced by the food consumed and ranges between 1,500 ml and 3,000 ml a day. This secretion is very active in digestion. In order to prevent the gland from damaging itself during the formation process, precursors that are not yet effective are produced in the organ and only become effective in the small intestine. In acute pancreatitis (acute inflammation of the pancreas) and after operations on the pancreas, there is a risk that the secretion in the pancreas itself becomes active or enters the abdominal cavity. In the process, the secretion can decompose the tissue with which it comes into contact.

Scattered throughout the pancreas are groups of cells - the so-called islets of Langerhann - in which hormones, i.e. messenger substances of the organism, are produced. These hormones, insulin and glucagon, are mainly used for carbohydrate metabolism. They do not enter the intestine via the secretion, but via the blood into all organs (liver, brain, heart) in which glucose is converted as an essential source of energy for the cells. Without insulin from the pancreas, diabetes, the diabetes disease, develops. In addition to insulin and glucagon, other hormones are produced in the pancreas, such as somatostatin and pancreatic polypeptide. All these hormones are involved in metabolism.

You can find more information about the pancreas here.

Most often there is abdominal pain that is belt-shaped or radiates to the back. (The pancreas is located in the back of the abdomen, hence back pain). The pain can be sudden and severe (acute pancreatitis), recurrent (chronic pancreatitis) or slowly increasing (pancreatic tumour). Other symptoms of pancreatic disease are diarrhoea, bloating and flatulence (indigestion) or diabetes.

Pain in the upper abdomen and in the middle of the abdomen with radiation into the flanks (belt-like) and into the back.

Visit your family doctor right away and describe your symptoms. You will be examined and further tests such as laboratory checks and ultrasound examinations will follow. Find out more here.

This is pancreatic cancer. It is a very serious disease that needs to be treated very quickly. The earlier the disease is detected, the better the chances of cure.

In addition to a discussion with a specialist and a physical examination, laboratory tests, ultrasound, computer tomography (X-ray), magnetic resonance tomography (MRI) and also an endoscopy of the duodenum with X-ray imaging of the bile and pancreatic ducts (ERCP) can be considered. If no certainty can be achieved in this way, clarification must be obtained via laparoscopy or trial surgery.

A carcinoma can only be cured surgically by removing it. This is accompanied by treatment of the symptoms and the consequences of the disease (pain management, improvement of digestion, insulin therapy, etc.). Chemotherapy and radiation treatment do not cure the disease, but they prolong and improve the quality of life.

An acute inflammation of the pancreas, often triggered by gallstones blocking the pancreatic duct or caused by excessive alcohol consumption which damages the cells of the pancreas.

Acute pancreatitis is always a dangerous disease and should be treated in hospital. Due to the inflammation, the organ swells, bleeding, self-digestion and involvement of other organs may occur. 85% of acute pancreatitis is mild, 15% is life-threatening.

Chronic pancreatitis is an inflammation of the pancreas that lasts for years, usually with severe pain, triggered by alcohol in 80% of cases. Repeated episodes of inflammation lead to an increasing loss of function and a lack of digestive enzymes, vitamins and insulin. The pancreas is severely altered over the years: Hardening and even calcification occur. Cancer can then also develop.

Only for young diabetics who also have severe renal dysfunction. All other patients are treated with insulin. You can find out more about pancreas transplantation here.

Yes! But that alone is no reason to take the transplant risks.

Yes, the endocrine and exocrine functions can be replaced with medication (insulin and digestive enzymes).

No, only when more than 60 to 90% of the pancreas is gone, or when the gland is pre-damaged by chronic inflammation, does diabetes develop.

As a rule, you can eat normally. You should eat more than three, preferably five to six meals a day. After major pancreas operations, the consumption of fat should be limited or adapted to the patient's tolerance and digestive enzymes should be taken with every meal. The quality of life is good after pancreas surgery.

Often yes until the operation, then only rarely.

The Pancreas Clinic Switzerland has all specialists who have been dealing with pancreatic diseases for many years and have the indispensable experience in all areas. Surgical experience in particular is enormously important for good long-term results.

As a rule, the health insurance fund. We are happy to support you in the administrative process.

Send us an e-mail. You will receive a message from us within 24 hours!
Even if you have a personal question, please write us by mail. Your question will be answered quickly and confidentially.

If you have any further questions, please contact us 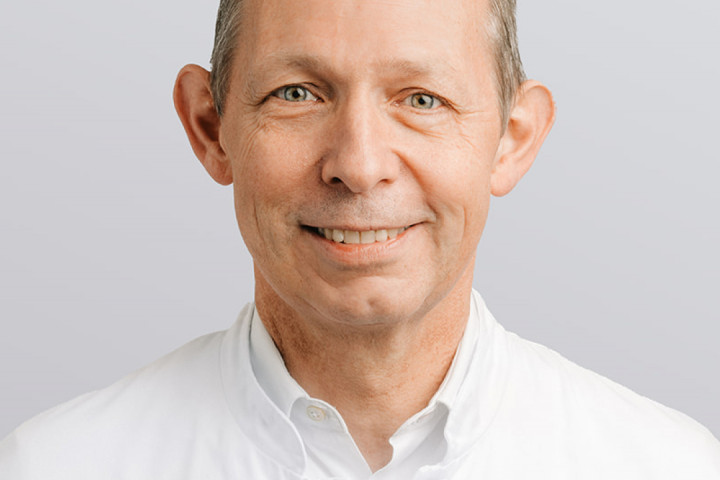